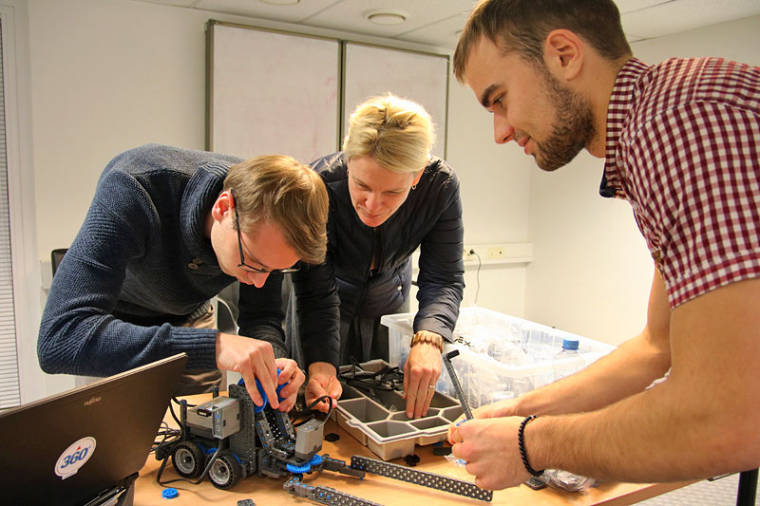 The competing teams will have to build a working remote controlled robot using building blocks provided by us. The robots will then take part in the final competition. For the robot building workshop logo type building blocks are provided, as well as the base with the motor, around which the robot is built. At the beginning of the event teams are formed and the brief description of the goal of the event is provided. From this moment it will take 1-2 hours for building, and after that robots will start the competition, the goal of which is to complete one specific task!

To build a robot is an easy task!

Though every starter kit has equal amount of components, robots at the final battle will differ from each other! Building is easy and is done without using any tools; you just have to decide among yourselves which type of robot will be better at fulfilling task that is given to the team. Anyone, from a beginner to an experienced programmer can build this robot! The heart of a robot – its motor is already programmed and you can manage it with a remote control. So even not a technical person can easily complete the task! You can just focus on creating of the unique shape of you robot! It takes minimum one hour to prepare a robot for the competition.

But if someone wants to take more time for building, there is a possibility to add new functions, motors or different special features to your creation. On the screen, which is attached to a robot, you can change controls add memory or change some functions of a robot. There is also a possibility to reprogram your robot, using the easy program with pictures. And if you have certain skills you can write the whole code by yourself.

At the end of the game there is a competition! Before the battle, teams will have to fulfill some additional tasks, which will help players to understand better how to control their robots. The final battle will be held on the special arena, where two robots will compete with each other. One minute rounds are truly immersive, create excitement and are fun!

Robot Wars is the great team game for indoors playing!

This robot event can also take part outside in summer if the weather is good, but indoors it can take place all year round. The event can take place everywhere you like, at the location of your seminar or training: at a conference center, company premises or any other places. 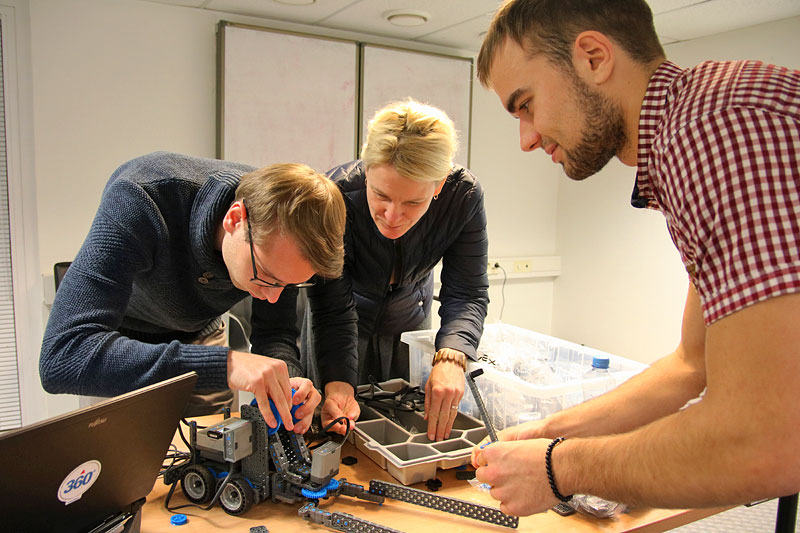 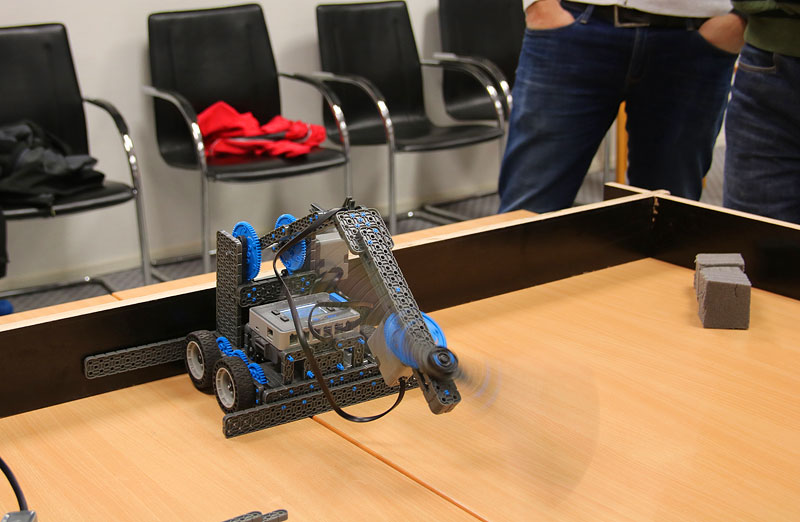 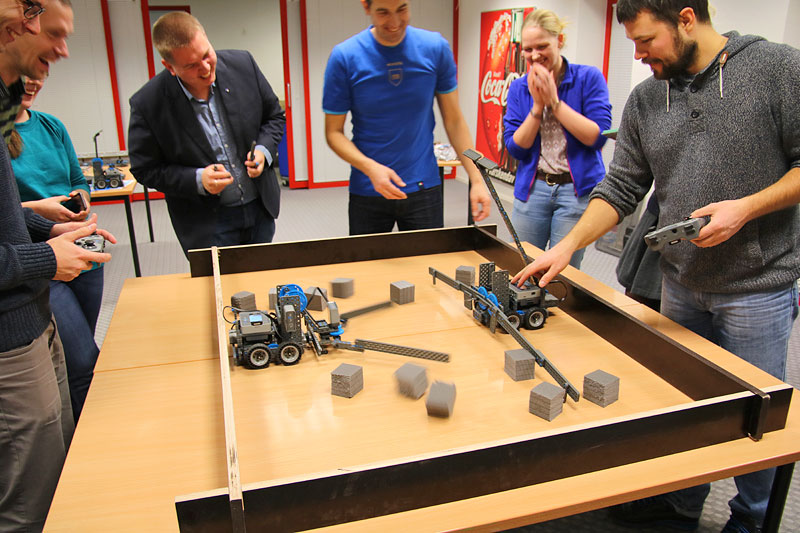 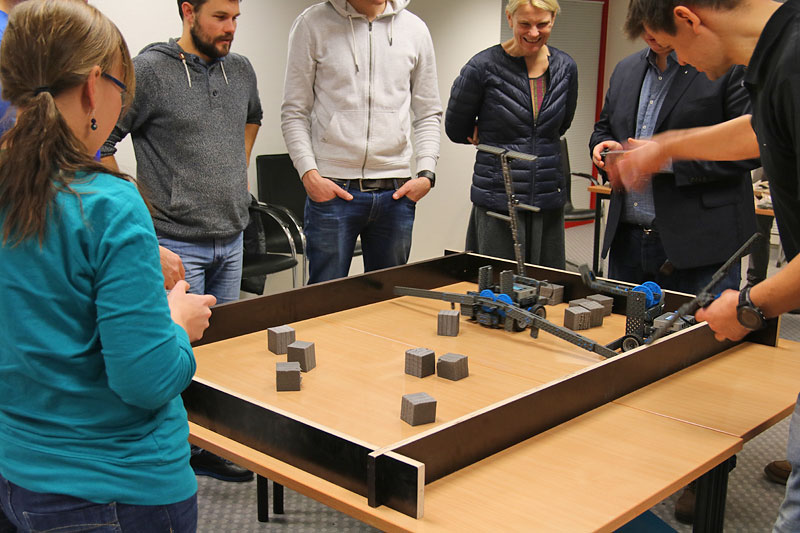