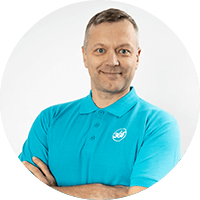 The funniest team game has received an update and offers even more fun moments.

Photo Hunt 2 is a new version of the coolest team game ever! The game was created in 2003. Now it has made a makeover and turned out even funnier and cooler than ever!

It is hilarious team game where fun creation, easy orienteering and modern equipment are united.

Choose photo hunt 2 if you need your team to relax and have fun after long seminars. It will clean your head from work thoughts and leads you to the creative world. We guarantee laughter and good humour during 2 hours amusing walk. In order to win the game open yourself for creativeness, courage and originality!

{slider Read more how to play and what is new|closed}

How to play Photo Hunt 2?

Your team has to find the right location and make a creative photo according to the caption. The aim is to enjoy, have fun and of course to beat the other teams with the funnier pictures. The orienteering hunt outside will follow by the viewing of the photos on a big screen. You will enjoy the unique scenes, creative compositions and hilarious faces in peculiar situations. This game will definitely melt the ice between your teammates!

What is new in this game?

The new game has more variations, is waterproof and modern. We use iPads to capture pictures and to find right locations. The latter you will find by using map, hints, old pictures and points of the compass. No more one use paper pictures and the devices are in waterproof bag! In addition there are secret locations on the map and animated reality. Be ready to meet dinosaurs or UFO. Jack Norris and Kim Jong won’t be missing from this game.

The photos you make during the hunt will be yours, so you can have a great flash back of the wonderful event at any time you wish!

Participants feedback after the game

Emily Elenurm Interest marketing team at Stroomi beach The event was really fun and the emotions were really good. The team is really waiting for the pictures! Thanks for the great event!