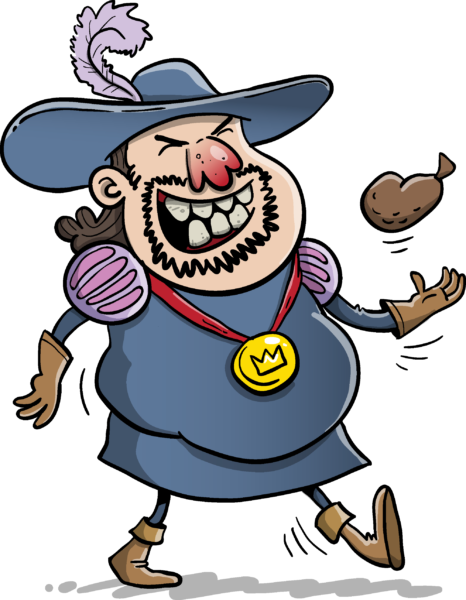 The popular urban game can now be ordered for groups too!

Jüri von Kaufmann (in German “merchant”) was a medieval merchant. He came from Lübeck, but lived in Reval (Tallinn) and travelled a lot, especially in the Hanseatic cities of Estonia. He was not too rich nor poor. But Jüri was special – he was able to see the future. He left us with tasks to figure out and messages to solve them.

The aim of the game is to find Jüri’s “breadcrumb trail”, solve puzzles and find the message he sent you. On the map you will find the possible places where Jüri left his tasks. It doesn’t matter in which order you follow the steps – but the more checkpoints you can pass, the greater the chance of reaching the message left by Jüri. In the game, the map also shows the contour of the medieval city wall. Let it be said here that in the safety of the city wall, You are usually protected, but be vigilant outside, because various con men and robbers move around, while You will find valuable stuff just when you take risks.

We recommend playing for a maximum of 3-4 people per teams, so that everyone can get enough of the game. Introduction to the game and equipment will be provided by the 360 KRAADI game instructor on site.

The adventure game can be played in Tallinn, Tartu, Pärnu and Haapsalu.

For additional information or to order an event, contact info@360.ee

@ 360 KRAADI game is an authentic self-creation of the adventure company 360 KRAADI. It was invented in 2020. The authors and creators of the idea are Imre Ader, Anneli Kikkas, Paavo Nael, Alfred Baskin, Urmas Veersalu, Siivi Holmberg.